Not wanting to let the mood ruin more than today I decided to treat myself to a bunch of flowers – and lucky me they were on sale – leftover, unwanted Valentine’s roses. And then one of my lovely fellow students gave me (and the other women in class) a box of Cadbury roses for Valentine’s day – a surprise, sweet treat. So now, even though nothing has really changed, i think maybe everything is coming up roses after all! 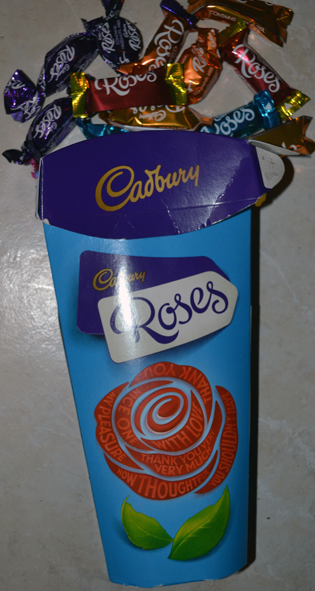 When I came down for breakfast this morning the roses I bought myself yesterday greeted me, and their unusual colour, a dusky purply-pink, was even more stunning in the early morning sun. But that wasn’t the only thing that was waiting for me.

With a smile on my lips and a happy mood in my heart I went to check my mail and a few surprises awaited me. Between a few flyers, a bill and a bank-statement was a large silver envelope and a small brown one.

The large enveloped contained a night out – it’s contents were two tickets to next weeks cinema premier of Gone Girl in my favourite cinema the Savoy. Thinking things couldn’t get much better than that the small brown overdevelop was going to prove me wrong.

Inside was a cheque, one I have been waiting for for a while, but the surprise was that the figure printed on it was a lot higher than expected. And while it may not be millions, not even thousands, for me this pleasant surprise helps me with my October budget.

But Fortuna wasn’t done with me yet,  when I opened my emails I found my latest payslip and it too showed a higher figure than anticipated. What a way to start a day!

And since I meeting up the girls tonight the day promises to end as beautiful as it began, with lots of smiles, laughs and a skipping heart.

As I was wandering around Lidl yesterday, dragging that little blue trolly-basket hybrid (trolsket?) behind me, I couldn’t help but smile.  My fellow customers were just as dripping wet as me and obviously not very happy about it and as I listened in on some of the disgruntled conversations, many not about food and most not in English, it became quite clear that most would rather be elsewhere.

While I was picking out tomatoes, salad and other greens a little old lady wearing a pink plastic hood over her hair was chatting away to her much younger companion. She was listing a strange selection of food that she needed, I mean what kind of combination is condensed milk, sugar and onions? And as she pointed at different items she told the young fellow by her side how her husband use to love his oranges, a sad look passing across her face as her mind wandered back in time.

As I passed by the fruit an older gentleman was seemingly on a quest to find the perfect avocado as he stood impatiently and pressed each one muttering under his breath in frustration or possibly at the fruit itself. As I reached over to make my own quick pick I gave him a smile and he nodded and said with a wink “I need a pint after this.”

A mother standing beside the deep-freezers was giving out to her son in a language I did not understand but even to me it was clear that there would be no profiteroles for dessert that night, even if he had opened the box and bitten into one. The way she glared at her son and glanced around the store it was obvious she wanted to be anywhere but where she was.

At the yogurt section a little girl was counting the tubs and gave me the evil eye as I dared to add a few to my own shopping, I think I messed up her inventory and before I got yelled at I moved on to the cleaning products. But I couldn’t help but hear her whine “Mum can we go home?” as I turned my back. While dropping some washing-up liquid in with the rest of my goods I heard two girls debating about where they were going to go that night and as I turned around I saw that they were already all dolled up and ready to party, oddly out of place in the store but with potatoes, milk and bread in their arms.

On the way to the till I picked up some peach coloured roses, a small gift to myself to brighten up my day. While I paid a longing thought of a hot cup of tea and a piece of buttery toast popped into my head and I smiled at the cashier thinking sometimes there really is no place like home. 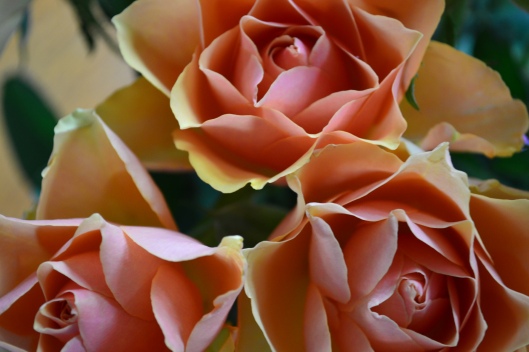 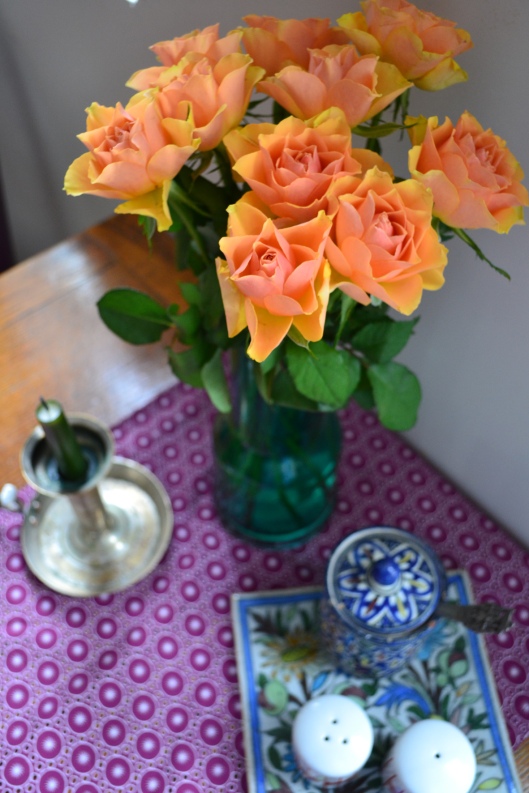