After spending my Saturday in the world of blogging my Sunday afternoon was filled with the written word on paper. The Dublin Book Festival was hosting the event Magazines and their Makers, a session with editors and publishers of five of the leading literary magazines in Ireland.

As an avid reader and an attempting writer it was interesting to hear from those who take the chance and publish less mainstream works. It seems that Ireland is experiencing somewhat of a ‘golden-age’ of literary journals and magazines as over the past few years several new ones have joined the more established names.

Most of the magazines on the panel, like Gorse, Crannog, Cyphers and Winter Pages, all focus on fiction writing, poetry and other forms of artistic collaborations The Dublin Review also focuses on non-fiction writing in the form of essays, reportage, travel writing and memoir writing.

When asked why choose print over online all the panel seemed to be of one mind. They expressed their love for the published form as an object, something tangible and long-lasting. They spoke about how our ‘instant age’ has the desire to ‘slow down’ and ‘concentrate’ on what is in our hands.

And while all are more or less are classified as magazines they saw their literary collections as ‘artisanal’, nothing that would be quickly disposed of but would be an item to collect and take pleasure in time and time again. Of course each magazine is of its time, but like a time capsule it conserves it and gives insight into the years gone by.

Another thing that all of the editors and publishers on the panel agreed on was that the magazines were not created for the writers but for the readers. That no matter what form they decided on, what pieces they chose for publication, how well constructed something is or how experimental a writer goes, if the reader isn’t included, isn’t able to partake it will not work.

All in all it was refreshing to experience people who invest so much time and effort into the literary form even if financial success is very unlikely.  There truly is something inspiring about people who do things because they love it. 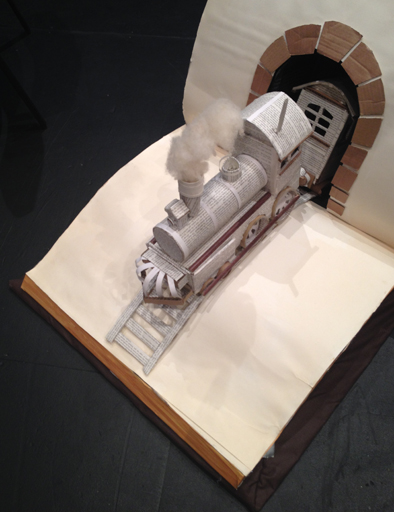 the power of words the force behind this train 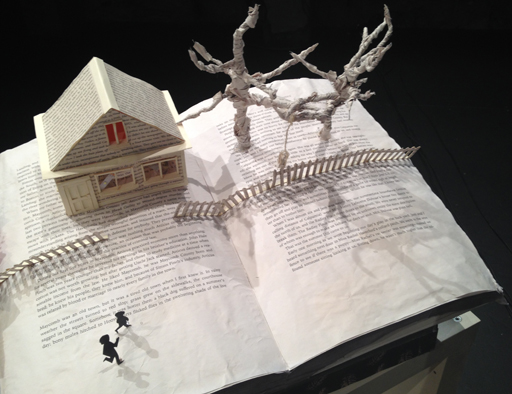 a book turned into sculpture, the words brought to life