Berlin decided to turn up the heat this weekend and has become a boiling oven. Not the perfect time to be wandering the streets with two teenagers but I did what I could, sweating like a dripping tap and trying to imagine the north-pole, ice-cream and snowman-hugs. 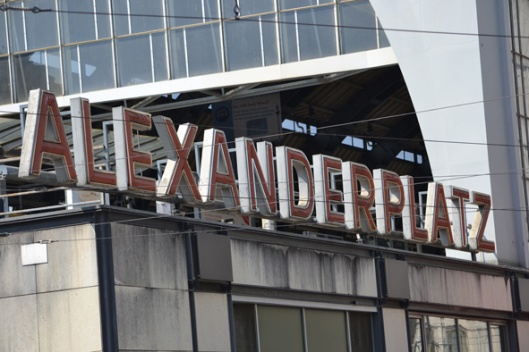 Alexanderplatz right in the middle of Berlin 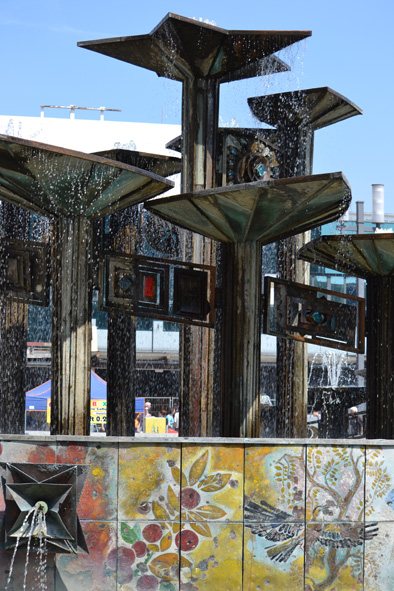 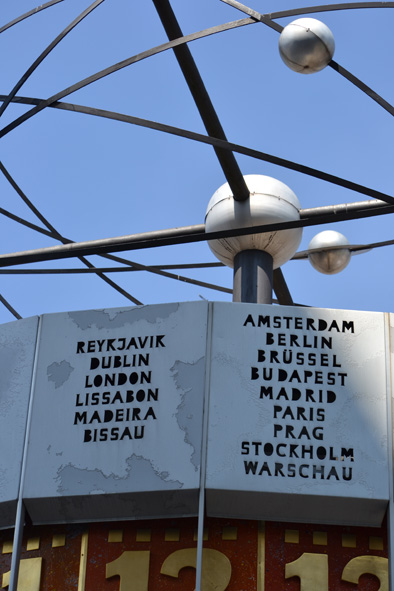 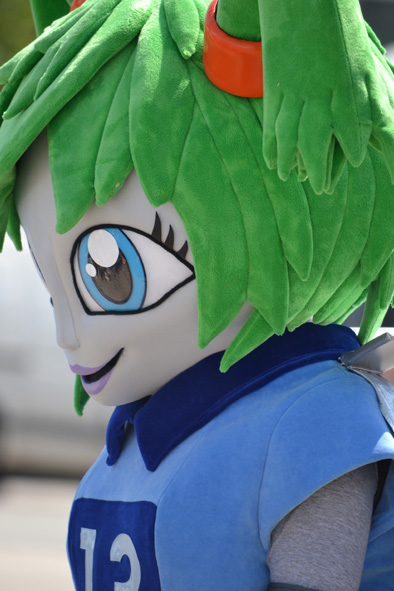 even superheros hang out here

Our first stop of the day was the Alexanderplatz, I wanted to show them all the sights around the former Eastern German hub. Unplanned, as it was still meant to be closed for cleaning, we stood in line for tickets to go up to the visitors platform in the Fernsehturm. But since there was a long waiting-list for the lift we walked around the Alexanderplatz, went down to the Neptune Fountain, walked over to the Nikolaiviertel and passed by the Rotes Rathaus to while away the time.

70s flair outside the Fernsehturm 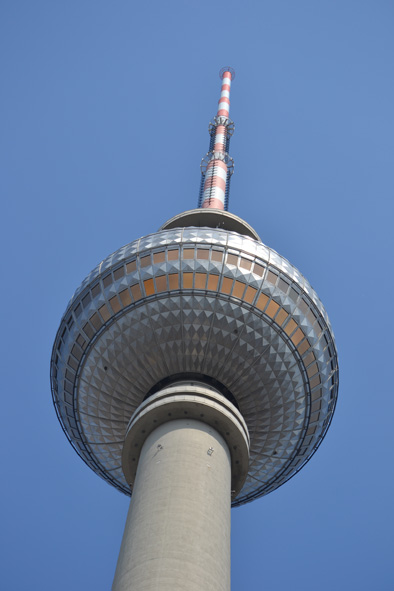 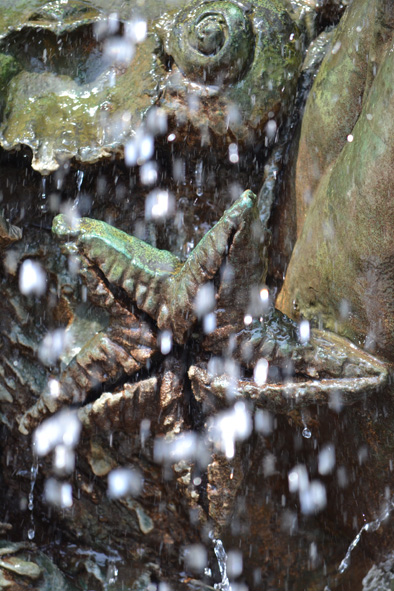 built in 1891 the Neptune Fountain 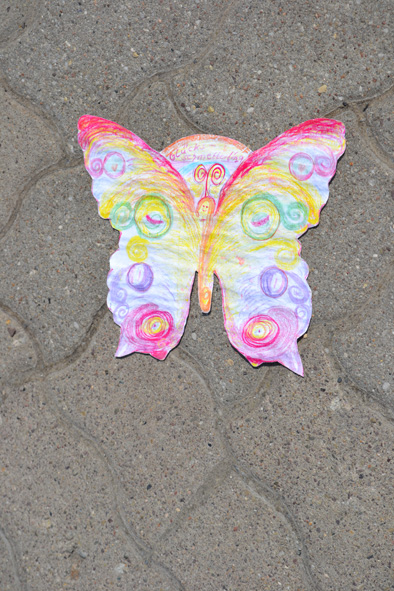 someone scattered “lucky” butterflies around the fountain 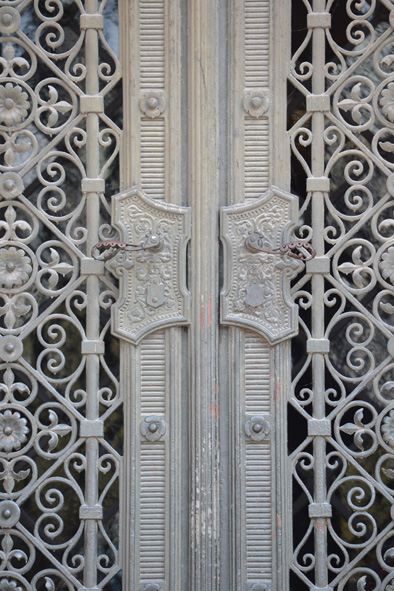 the door to the Rotes Rathaus were locked, after all it was a Saturday

After some cool drinks and ice-cream it was finally time to view Berlin from the top, after all the Fernsehturm is the highest building in Germany and the fourth highest in Europe. We really did get quiet  a spectacular view even if it was an expensive treat. 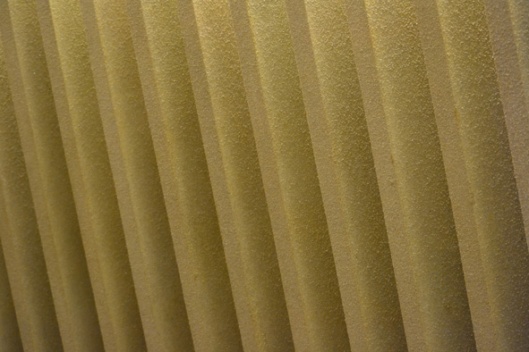 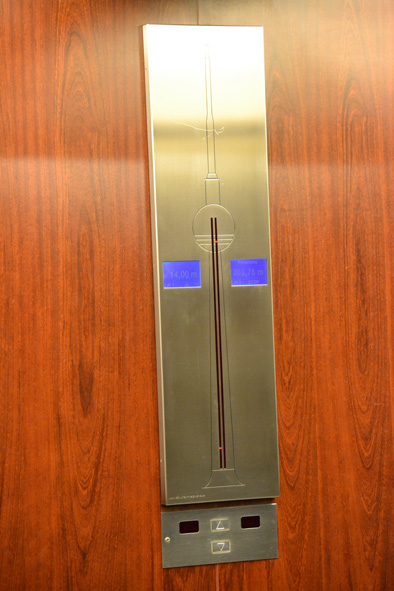 the lift … the little red light tells you where it is 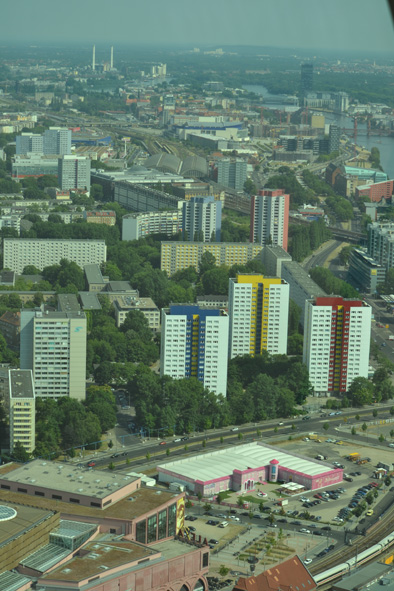 somewhere way over there is Friedrichshagen 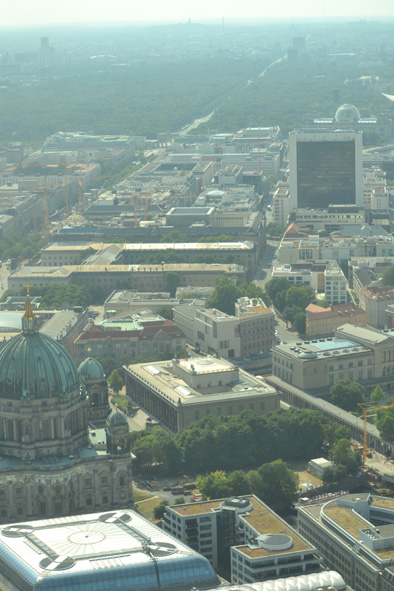 After that we took the S-bahn to the Ostbahnhof and took a walk along the East Side Gallery for two reasons: 1) to show my niece and nephew some part of their countries past 2) but more importantly because me niece wanted to take a photo in the exact same spot where Harry Styles from the boy-band One Direction had his photo taken while touring Germany … GIRLS! 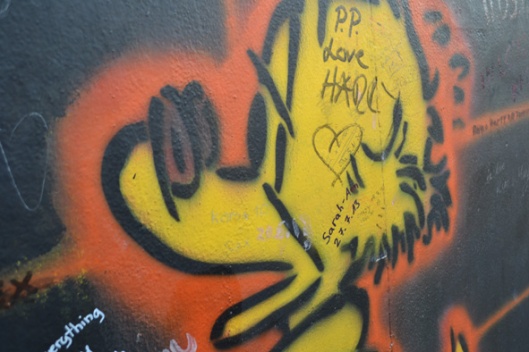 After that I took them to Friedrichshain where we had food opposite the RAW Temple,once the Reichsbahn-Ausbesserungs-Werk = RAW, now a cultural workspace and quite alternative. My niece and nephew sadly weren’t that impressed with the area, I think they don’t have my liking for the wacky, weird and unconventional. nevertheless they enjoyed their food and by the time we got home all the wanted to do was play a few rounds of memory and go to bed. 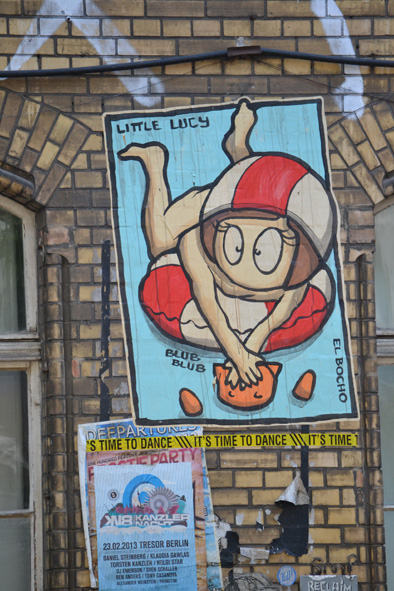 some quirky graffiti on the RAW temple 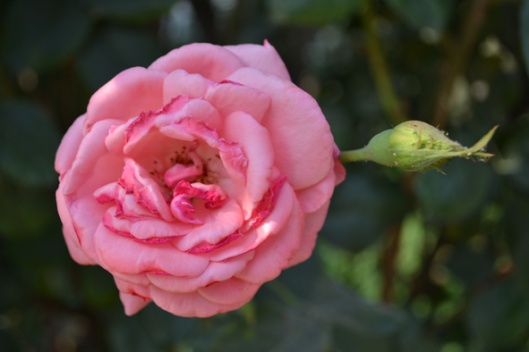 even in the roughest place a rose can bloom 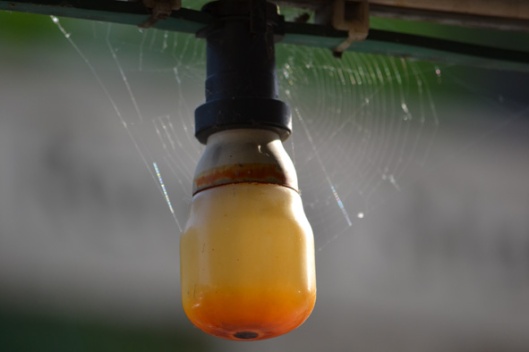 even the lighting is a little “dirty” 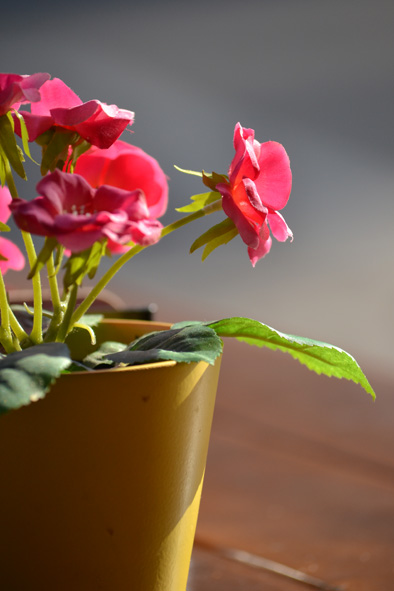 Luckily for me they told me they enjoyed their stay in Berlin when I dropped them off at the Train Station, two tired, hot teenagers who got a small taste  of a big city. And as I waved them good-bye I have to say I felt more than a little relieved that my aunt duties were done  and was delighted that I hadn’t broken, burnt or lost either of them. 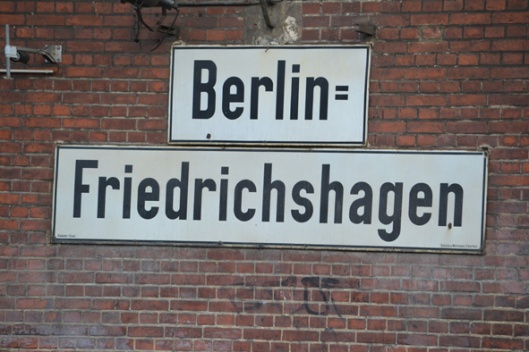 At the crack of dawn this morning I had to prise my eyes open and as I am not an early riser it felt quite like a Herculean task. But with two teenagers occupying my time I didn’t get around to prepare my classes yesterday so I had no option but to catch that early worm.

So while I sit down here, typing, thinking and trying on my teachers hat two sleeping beauties are softly snoring upstairs, getting all those extra hours of dream-time I so badly need. I just hope they manage to take the long lie-in and enjoy it.

After yesterdays adventure of teenage shopping I feel a little bit anxious about the two of them wandering around town on their own. They felt so out of place and in awe of what was going on in Dublin that I can only hope that they will find their way to our meeting point. After all I do need to work today and sadly can’t take time off to gallivant around Grafton Street with them.

And because I feel a little bit apprehensive about their trip into town I spent valuable minutes drawing them a map, counting out money for the bus and writing a long detailed note in German explaining everything i could think of.

But I am sure they will surprise me and be moping around Molly Malone at the agreed time, hopefully happy to see the anxious aunt and less apathetic than yesterday. Who knew there where so many different ways to say “I don’t know” and shrug?

So with a bit of an anxious grumble in my stomach I am leaving for work now and I  finally really understand the quote by an unknown clever source;

Adolescence is a period of rapid changes.  Between the ages of 12 and 17, for example, a parent ages as much as 20 years