Something is happening in my home that I can’t quite explain, my electical goods are all dieing. First it was my toaster that decided that it had enough of roasting my bread, then my kettle decided to join in and became a little temperamental and stubborn, not always wanting to boil and sometimes just giving up halfway through.

And now my trusty old printer died of internal injuries, an ink-cartridge exploded, destroying the inside of the printer. Sticky, black ink is absolutely everywhere, some of it is even still under my fingernails.

Now, I do have to say that I’ve had all of them for more than eight or nine years, so I can’t really complain, it just annoys me a little bit that they have all decided to unplug at the same time.

Not really being able to cope too well without a functioning kettle and desperately needing a printer at the moment ,while I sort out all the end of year grades, I decided to dig deep into my purse and go electrical goods shopping.

I have to admit that for a while now I have been yearning for a red Morphy Richards kettle. I have been known to wander around department stores with longing eyes, stroking the glossy red pyramid, but always giving in to reason and leaving the pretty kettle behind.

But since circumstances have changed I decided to treat myself and invest in the desired kettle, but my German sensible self didn’t give in to the allures of a matching toaster. While they are very pretty, I just don’t have the space for one with four slots, nor do I need such a big one as I live on my own. But I did buy a very basic two slotted one, plain and silver, a reasonably priced replacement.

The printers where a bit more tricky. I don’t really know much about them and to my dismay discovered that small and simple isn’t really an option you can go for anymore. As I wandered around the shelves looking at all the chunky squares housing printers, copiers and scanners – all in one- I did feel a little bit overwhelmed.

The sales guy,  sensing an easy sell, hopped over and enthusiastically started his theatrical sales pitch, he showed me a printer they had on offer, too expensive for my liking, he then showed me another one, a little cheaper but still not what I was willing to invest. As I kept asking questions – how much do the replacement cartridges cost (after all this is where your money goes), how many pages will said cartridges print, (3-6 cent per page was the cheapest option), how many pages can it hold at a time, does it print double sided, what is the difference between this one and that one (other than price or colour) –   slowly his enthusiasm waned, and finally he conceded that while on the outside they had different specs, inside they were all very much the same: made in China!

When I finally picked a low range one, sufficient for what I need it to do, he exhaled a sigh of relief and I packed all of my boxes into the boot of the car. So last night I spent my time unpacking, setting up and installing the printer. And this morning I am enjoying new electrical goods that do what they are meant to – ignoring my bank balance tipping. 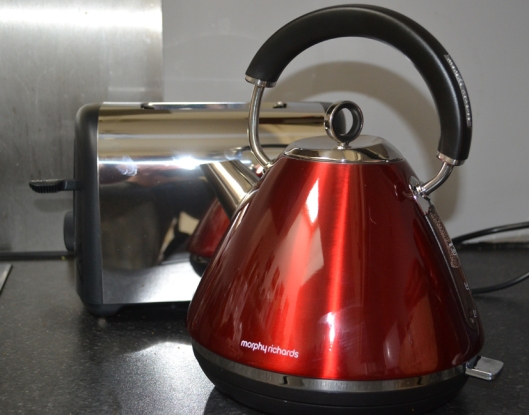 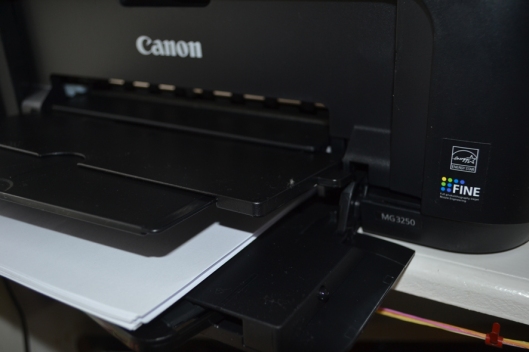